A-Player Only Strategy: When Improving Sales Impacts Other Areas Of Your Business

A-Player Only Strategy: When Improving Sales Impacts Other Areas Of Your Business 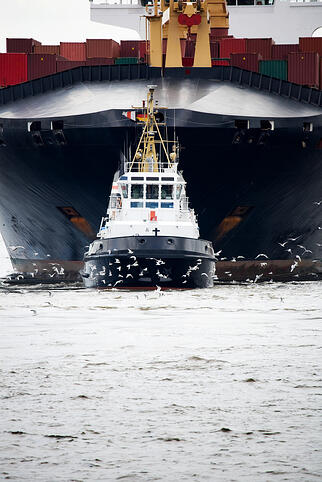 What happens when you hire and develop A-player sales people and sales leaders?  Your company grows – usually by a lot and often very quickly!  As a sales consulting firm you’d think we would be thrilled when we are able to help a client achieve this result.  But if a company isn’t ready for this type of growth and the team members in other departments are B-players and C-players, this can be a formula for disaster.  What we’ve learned is strong revenue growth can backfire pretty quickly if the rest of your organization can’t keep up!  Here are some of the issues we’ve seen in this scenario:

Twice in the past three (3) years we’ve had CEOs call and ask if we could suspend our sales development program because we were driving too much success!  In other words, they were struggling to deliver on all the new opportunities their sales people were finding (some of whom we had developed and coached, others we had hired and then developed and coached).  In both situations the CEOs did exactly what they needed to do, they:

A-player sales people need A-players in every area within your company.  When you commit to an A-player only strategy you’ll find that you’ll be able to accomplish more, with fewer people, at a lower total wage cost.  By the way, we follow Brad Smart’s definition of A-player (the top 10% at whatever salary range you have for a position), so it’s not just a matter of hiring a bunch of 6-figure managers.  You can have an A-player office worker making only $30k/year if that person is in the top 10% for that salary range.

As you walk around your company, how many A-players, B-players, and C-players are in each department?  Could your company handle annual growth rates north of 30-40% year over year?  Where would the bottlenecks form?  How would they show up and when would you learn about them?  How strong are your managers and department heads?  If you don’t know or are not sure, or simply don’t like what you see as you take this talent inventory, please give us a call and let’s talk about how Jenny Rodriguez-Vargas, our certified Top Grading coach, can help.

What is the Most Important Step in the Sales Hiring Process?

The most important step in the sales hiring process is not writing the perfect ad so you attract...

The Importance of Simplicity

The Importance of Questions

Just as salespeople can easily get wrapped around the gears of talking about features and benefits,...